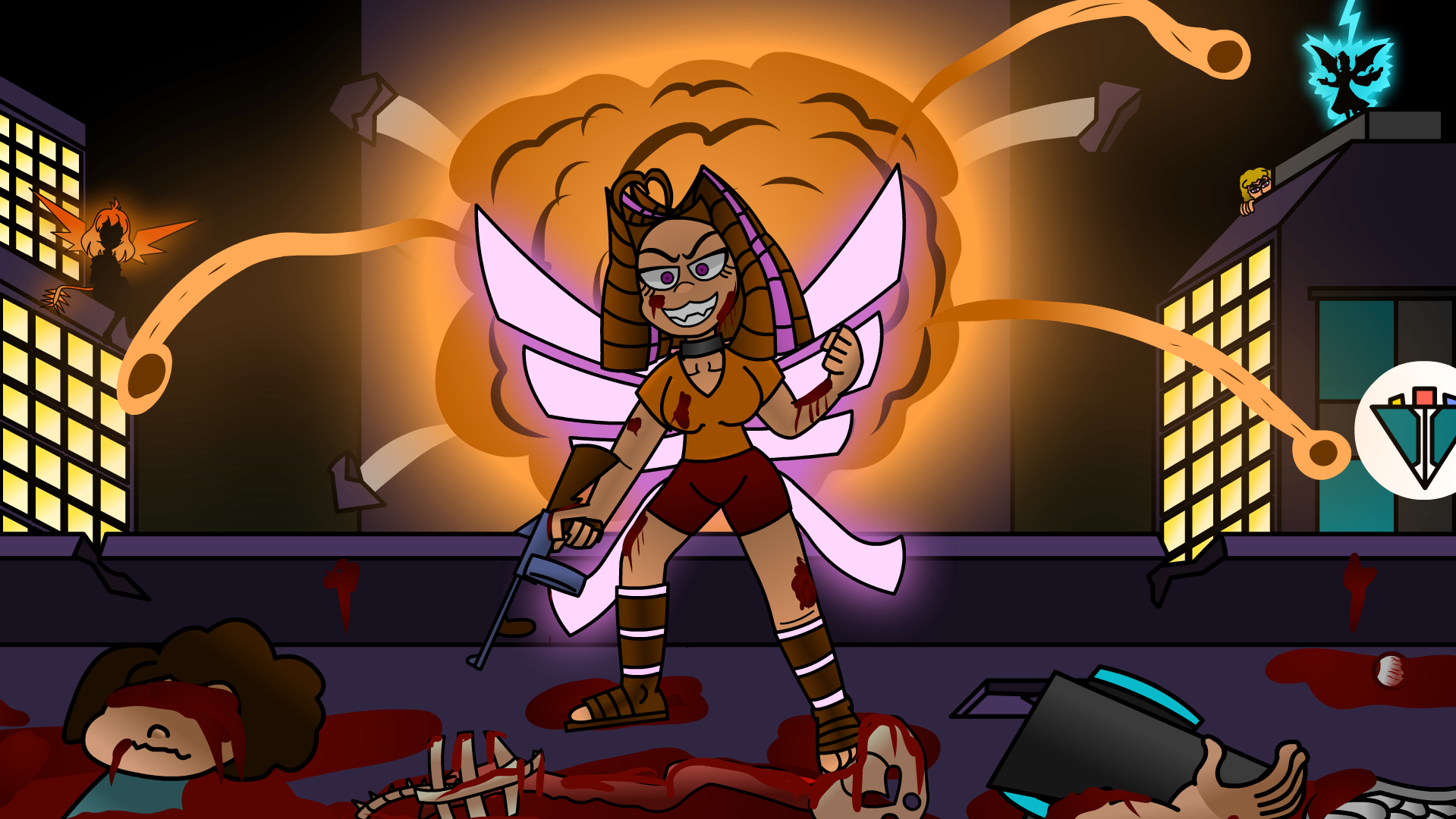 Who Wants Some Wing?

From the creator of Daytime Drama and Scoot Hard DX comes the most violent yet cartoony shooter you’ll ever play.

You play as Abby – an angel with an attitude and a mysterious past.

After you and your friends are taken away to the dreadful Orkan Corporation that has taken over Heaven, you decide to do the only thing you’d rightfully do – kick ass!

Abby must go through the Orkan Corporation and kick ass and take names to get her friends back!

However, not is all as it seems, as Abby soon will uncover a conspiracy that goes deeper than Heaven itself. She then will have to travel through all the dimensions of the universe to get answers.

Buckle Up For One Hell Of An Adventure!